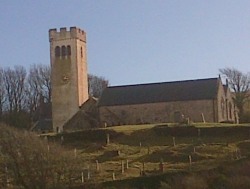 Manorbier is a village based on the south coast of Pembrokeshire and located within the Pembrokeshire Coast National Park. The name itself means the 'Manor of Pyr'. There are a number of wonderful attractions in Manorbier, including the Castle, St James Church (see photograph alongside), King's Quoit (on the south east bank of Manorbier Beach), The Bier House and the grade 1 listed Medieval Dovecote.

Manorbier Community Council is made up of nine councillors serving two wards; Manorbier Ward and Jameston and Lydstep Ward. Full Council usually meets every first Monday in the month (except bank holidays - this website will have the revised dates where this occurs - see below). The public are always welcome to attend Full Council meetings and a public participation session is always scheduled at the start of Full Council meetings - usually at 7.00pm. Meetings are held in Jameston Village Hall, Jameston.

All Members are Independent and are not affiliated to any political party. Councillors can be contacted through the Clerk. (See Contacts sub heading.) The Register of Members' Interests as at January 2019 is attached together with the latest monthly declarations of interest summary (if appropriate). A list of payments made to Members in FY 2018/19 is also attached.

The Auditor General for Wales issued MCC an unqualified audit report for 2018/19. See attached 'Notice of Conclusion of Audit'.

Jameston Play Area continues to be well used by children and young adults and monthly inspections are undertaken by Cllr John Williams. PCC undertake the formal quarterly and annual inspections. Repairs to the zip wire are currently required and these will be undertaken shortly by HAGS.

MCC's Standing Orders have been updated and were approved at its meeting held on 2 July 2018. A copy is attached.

A copy of the latest approved Minutes from the Full Council Meeting held on 6th January 2020 is attached.

The next meeting of Full Council, Manorbier CC, is on Monday 2nd March 2020. The venue - Jameston Village Hall, Jameston at 7.00pm.

A Public Participation session is always made available ahead of the monthly Full Council meetings (at 7.00pm). 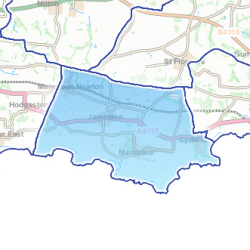