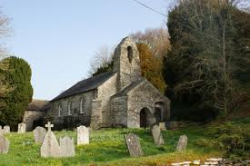 The community itself comprises of two main villages Abercych and Capel Newydd (Newchapel), complemented by two picturesque hamlets of Carregwen and Pontrhydyceirt. The geographical spread of the community spans from Llechryd Bridge to the North, Cwm Cych to the east, Cilwendeg to the South and to the outskirts of Cilgerran to the west. The community is served by the Primary School catchment area of Ysgol Gynradd Cilgerran some two miles to the West of the Community. Secondary education is predominately provided by Ysgol y Preseli Crymych and Ysgol Gyfun Emlyn Newcastle Emlyn. Employment is mostly based on Agriculture, Tourism and the Service Sector. Abercych has a very strong tradition of employment associated with saw mills and the timber trade which continues to this day. The two main shopping centers for the community are Newcastle Emlyn and Cardigan. Local services include, two public houses in Abercych, with one in Capel Newydd. A Methodist Chapel is at Capel Newydd with the Parish Church of St Davids at the hamlet of Carregwen. Cilfowyr Baptist Chapel is located in open countryside near Carregwen.

There are an unusually large number of substantial mansions in the community, perhaps because of the picturesque scenery and good angling on the Rivers Teifi and Cych. These include the mansions of Cilwendeg, Clynfyw, Ffynone (or Ffynnonau), Manordeifi House, Pentre and Castell Malgwyn. The Ffynone mansion was built in 1795 by architect John Nash. The house was bought and restored from 1987 onwards by Owen Lloyd George 3rd Earl Lloyd - George of Dwyfor and remains in the Lloyd George family.

The Community Council of Manordeifi comprises of six elected members and one Clerk. The Council meets ten times a year on the second Tuesday of each month at 7.45pm. Meetings which are all open to the public are alternated between the Reading Room at Capel Newydd and the Village Hall at Abercych. No meetings are held in August and December. 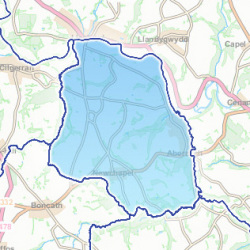