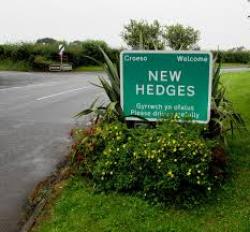 St Mary Out Liberty is a community in the south east of Pembrokeshire and is situated between Saundersfoot in the north and Tenby in the south. It extends form Swallowtree in the north to Parkhouse Court In the south. The name St Mary Out Liberty refers to the fact that this part of the parish was outside the borough of Tenby; the name dates back to 1834. St Mary Out Liberty includes the area of New Hedges, a rural, busy, yet tranquil village, where the main industry is tourism and farming. The majority of the electorate are retired. New Hedges has excellent transport links, has its own church, post office, mini market and has several licenced premises.
In the geographical centre of the village the Village Hall is situated. This is the community hub and is very well used for various functions. Previously, the Village Hall had been the local school opening in 1853 and educating children from St Mary Out Liberty catchment area until October 1961 when it closed due to lack of pupils.
In 1982 a management committee, led by Councillor David Jones, obtained a lease on the land and school buildings. With the help of grants and much hard work from members of the community the building was renovated, after many years of neglect, being completed in 1985. The hall has thrived and is being well used by many organisations. In 2006 it was decided to extend the hall, again with the help of grants and donations. The work was completed in 2007 and has continued to serve the community with great success.
Plans are in the pipeline to extend the village with a number of new residential developments which we look forward to with enthusiasm. 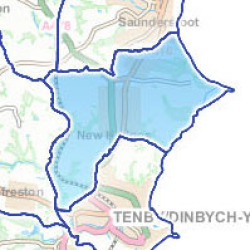