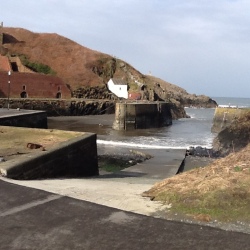 LLANRHIAN COMMUNITY COUNCIL MEETINGS ARE USUALLY HELD ON THE FIRST THURSDAY OF EACH MONTH, EXCLUDING AUGUST, IN THE TREFIN VILLAGE HALL AT 7.30PM.

At the moment the Council is meeting remotely using Zoom software and the next meeting of the Community Council will be on Thursday 3rd December at 7.30pm. Members of the public are welcome to attend the meeting and usually we have a Public Participation slot at the start of the meeting for items to be brought to the Council for discussion. This has been deferred whilst we continue to have Zoom meetings but do please email the Clerk if you wish to attend (including any supporting information that might be usefu) by the Friday before the meeting so that the item can be particularly added to the Agenda. Councils cannot make lawful decisions unless the Councillors know in advance of what is to be discussed.

The current Chairman of the Community Council is Cllr. John Morgan jontymorg31@yahoo.co.uk 07983 605291

Llanrhian Community Council represents the communities and surrounding areas of Croesgoch, Trefin, Llanrhian, Penparc, Square & Compass, Llanhowel and includes the coastal communities of Abereiddi and Porthgain. The area includes a section of the Pembrokeshire Coast National Park known for its spectacular coastline.

The history of the area stretches back to the early medieval era, and during the 19th and early 20th centuries was known for its quarrying, and the remains of many buildings from this industrial past can still be seen, including the old mill at Trefin which dates from the 1400’s and is famous for being the subject of a poem by Crwys. Earlier evidence of human habitation exists with a 5,000 year old Neolithic burial chamber, Carreg Sampson, overlooking Abercastle.

Today, economic activity in the area is predominately driven by agriculture, fishing and tourism. The area has a slowly declining number of residents, with the latest population estimate being 873, with 30.2% being over 65 years of age and around 12% being aged 0-17 (source Office for National Statistics 2011). These contrast with the Welsh average of around 20% being over 65, and around 18% under 17. Of the 503 homes in the area, 83 are classed as second homes, illustrating the decline in permanent residency, and the increasing reliance on tourism.

Llanrhian Community Council is one of 78 community councils in Pembrokeshire, and forms the lowest tier of local government in Wales. The council is made up of 9 councillors and a Clerk, all living locally, and is committed to the effective representation of and betterment of the area. 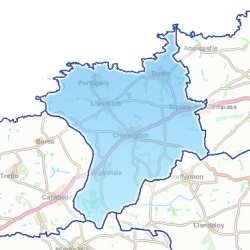