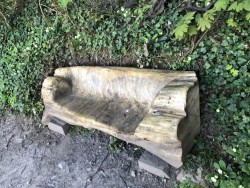 The history of the Bosherston Lakes dates back to around 1760 when the Campbells of Stackpole Court began to lay out a picturesque landscape around their fashionable Georgian mansion.

Sir John Campbell II dammed a river running through his estate to create three long, slender lakes, with a viewpoint over the lakes from the mansion. He also planted thousands of trees and laid out trails through the estate, using the landscape as a huge canvas to create a romantic landscape.

The Lily ponds are famous for their water lilies, during the month of June the water lilies carpet the water surface and the area is home to a huge population of dragonflies, wildfowl and resident otters. Bridges in the form of boardwalks extend over the lakes to allow access to see the lilies up close.

In 1797 an elegant bridge was built across one of the lakes to link the house and home farm with the deer park and Stackpole Quay. The 18th-century Eight Arch Bridge is one of the focal points of Bosherston Lakes, and trails lead from the site of Stackpole Court on one side to Stackpole Warren on the other. 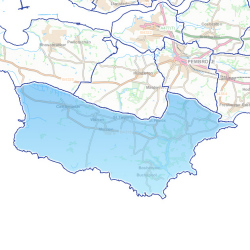