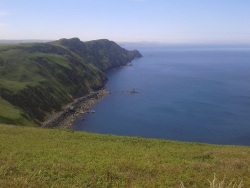 THE NEXT MEETING OF MATHRY COMMUNITY COUNCIL WILL BE AS A VIRTUAL MEETING ON MONDAY THE 15TH JUNE. IF ANY MEMBER OF THE PUBLIC WOULD LIKE TO JOIN THE MEETING USING THEIR OWN COMPUTER, PLEASE EMAIL THE CLERK FOR A LINK. ANY ISSUES TO BE RAISED AT THE ORDINARY MEETING SHOULD ALSO BE SENT TO THE CLERK BY EMAIL BY THE 12TH JUNE FOR INCLUSION ON THE AGENDA.

(MEETINGS ARE USUALLY ON THE THIRD MONDAY OF EACH MONTH (EXCLUDING AUGUST) AND ARE HELD IN MATHRY COMMUNITY HALL AT 7.30PM).

The current Chairman of the Community Council is Cllr. Tim Mason.

The Mathry community comprises the settlements of Mathry, Castlemorris and Abercastle and the surrounding rural area. Until the recent boundary change it also included part of Square and Compass.

Mathry itself is a distinctive hill-top village very probably located on the site of an Iron Age hill fort. It was certainly an early Celtic Christian settlement on the pilgrims route to St. David's Cathedral. It has a Church, a Community Hall, Pub/Restaurant, Cafe and an Agricultural Stores while Rehoboth Chapel is situated on the back road to Square and Compass. Sadly there is no longer a school.

Abercastle is a small picturesque harbour while Castlemorris is a quiet village with its own Pub.

Inside the Mathry Church porch is an inscribed stone and incorporated into the churchyard wall are two incised Celtic Crosses.

Mathry was an important village with an annual Hiring Fair in October and an Assize Court. Today it is a thriving community based primarily on agriculture and tourism. 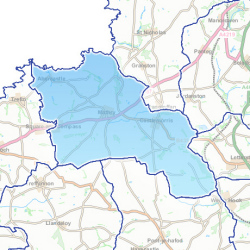