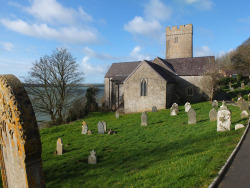 Llanstadwell Community Council serves the village of Llanstadwell itself, together with Hazelbeach, Mastlebridge, Jordanston, Waterston and Little Honeyborough. The Council meets at 7.00pm on the second Tuesday in each month except August. Interested members of the public are welcome to attend and are advised to check with the clerk where the meeting will take place. Mastlebridge Village Hall, the Newton Hall at Waterston and the Mission Hall at Hazelbeach are used on a rota basis for meetings. The agenda are displayed before the meetings on local notice boards.

Anyone wishing to make a comment about the wind turbines at Wear Point should contact John Laing who now owns the wind farm on 0207 901 3200.

After several meetings with the County Council, Llanstadwell Community Council has agreed to fund the running and up-keep of the toilets as of 1st April. The toilets will be open to the public from 8.00am until 9.00pm through the summer months until 31st October.

After many years of hard work and fundraising by the Waterston Youth and Social Group, led by Mark Sanderson, the good news that funding was available for new equipment at Waterston playpark was very well received. After being told that funding from the County Council’s Community Regeneration Unit would cease, it appeared that all the hard work had been in vain, particularly as the wind farm company Infinergy had also promised a large sum towards the new equipment. Work has now finished and the play park is complete and open to the public. A formal opening ceremony will take place soon and thanks are extended to Pembrokeshire County Council and Infinergy for their financial assistance without which it would not have been possible to have this lovely new play park.

Hazelbank play area has new fencing thanks to a generous donation of £2,000 from Dragon LNG which means that local children can now play in a much safer environment. Llanstadwell Community Council has met the rest of the costs and is extremely grateful to Dragon LNG for their support. Several items of new adult outdoor gym equipment have recently been installed so why not finish off your run with a good workout?

Jordanston play park has recently come back under the control of Llanstadwell Community Council. The park was handed back after the Community Group which was running it, failed to recruit newer, younger members to take over. The aerial slide is in the process of being repaired and the other equipment will be maintained to a good standard. If there are any problems at any of our play parks please contact the Clerk (Jane Clark) on 07980 303996.

The Council has recently purchased an AED which has been located on the outside wall of the public conveniences at Hazelbeach. The facility is available for use by anyone and full verbal instructions on its use are given when it is opened. Please always dial 999 if someone stops breathing before using the dfibrillator.